How will the Canadian Recession Affect Capital Markets?

Canada’s current economic crisis has been at the forefront of national news for some time now, and has millions of citizens concerned about everything from job security to pension benefits. In the wake of the event, the validity of which had been questionable up until a few months ago, many experts have stated it is a good idea not to become overly worried at this point. 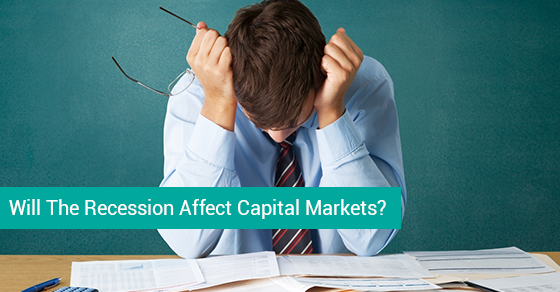 The ramifications of the 2015 recession at a glance

Despite the dramatic shift in the value of the loonie and a subsequent decrease in interest rates by the Bank of Canada, both strong indicators that the country’s economy has taken a turn for the worse, nothing is ever as bad as it first seems.

A drop in oil prices, a hindered GDP, and a marked slowdown in the revenue from Canada’s energy industry have all been cited as the primary driving forces behind the recent economic downturn; this trio of factors could have only been predicted by a handful of people, but nevertheless has individuals from Montreal to Toronto questioning what lies ahead.

At this point, the Canadian Dollar is struggling to maintain its status quo in the international economic climate, and thus consequently remains a major controversial point among the country’s prospective federal electoral candidates. As is to be expected in times of financial hardship, many believe there will be a sizable reduction in spending, among both companies and consumers, one reason government officials are hesitant to label this period a bonafide recession.

The effects on Canada’s capital markets are also being heavily discussed; what will happen in terms of individual investments is an obvious cause of concern as well.

According to Gordon Isfeld, journalist for the Financial Post, “The economy is showing new resilience-rebounding in subsequent months and providing hope of more growth for the rest of the year.”

While this may be the case, many workers would rather err on the safe side as far as their retirement is concerned. Alternatives to conventional pension plans have thus become increasingly popular among the labor force. At Step Benefits Group, we provide a wide array of options that meet the needs of both employers and employees, at costs they can afford. Contact our team today to learn what your available pension options are.