Everything you Need to Know About the New ORPP in Ontario

Officially referred to as the Ontario Retirement Pension Plan, the ORPP is one of the provincial government’s latest developments designed to alleviate financial pressures felt by workers who lack an existing plan. 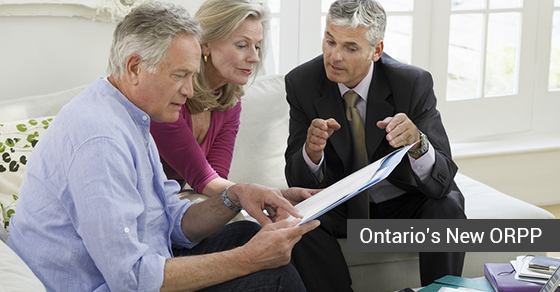 It was enacted to supplement the retirement income of 3+ million residents, and is thus believed to be a move in the right direction for individuals who are currently struggling with a means of forging a secure nest egg.

Understanding the ORPP and how it affects workers

To be clear, the ORPP bears a stark resemblance to the existing national pension plan, albeit with a few notable differences. In terms of structure, employees who enroll in the new plan are required to make income contributions via payroll deductions, which are equally matched by the employer.

The amount of pension paid out during an individual’s retirement years is contingent on the length of time they have contributed to the plan, as well as their respective wages.

Since it has only been in effect for a couple of months, many questions have been raised regarding the ORPP, such as whether it replaces an employee’s contributions to the existing Canada Pension Plan. This is not the case. Workers will still pay into the national plan, as the new one is intended solely as a source of supplementary retirement income. If an employer offers a qualifying pension plan to their staff, then there is no need to participate in the ORPP.

As of now, the government intends the pension plan to cap employee’s pre-retirement wage earnings, with 15% being the target threshold. It should also be noted that 2017 is the earliest the new plan will go into effect, but this is limited to companies employing 500+ people.

Contributions for medium (50-500) and small (1-50) businesses will initiate in 2018 and 2019, respectively, with pension payouts beginning as soon as 2022 for retiring employees. Of course, these individuals should not expect to receive any substantial income from the ORPP, as their contributions would be limited to a maximum of 5 years.

Unless and until the Ontario Government alters the policy, $90,000 is the highest income bracket allowed for ORPP pay-ins. Enrollment is automatically handled by employers who do not offer existing pension plans to their staff, and it is not available to individuals working in a self-employed capacity.