Notable Changes In CPP And OAS 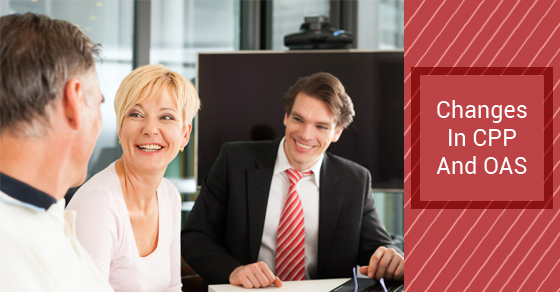 The Minister of Families, Children, and Social Development, The Honourable Jean-Yves Duclos, mentioned in a press release that the government is committed to improving the income security of seniors by not only increasing the Guaranteed Income Supplement (GIS) for the elderly living alone, but also indexing Old Age Security (OAS) and GIS payments to a new senior’s price index and calling off the increase in the age of eligibility – the proposed age of 67 from 65 – for OAS.

The new CPP rates should be in effect for the whole of 2016 (until 31 December), though OAS benefits will still be reviewed quarterly (April, July, October, and January), and revised accordingly to reflect the rise in cost of living as assessed by the CPI.

While the CPP and OAS benefits are not indexed at the same time, both are adjusted based on the cost of living as measured by the CPI over a given year.

Facts about the Relevant Institutions